The Normalise vector node takes a vector as input and outputs the same vector with a magnitude (length) of 1. It does this by dividing the vector by its length so that its new length becomes 1. This is often referred to as a unit vector. Essentially, it rescales a vector to a length of 1, without changing its direction. 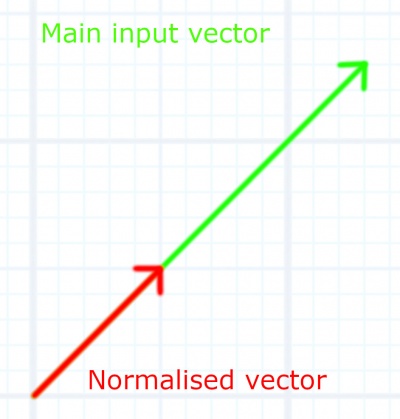