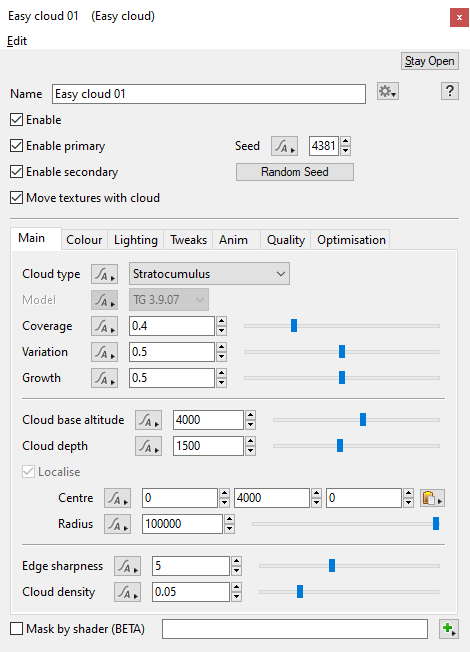 Easy Clouds are a set of presets accessed via the "Add Cloud Layer" menu and based on Cloud Layer V3 technology that provides a quick and easy way to create real world cloud types such as Altocumulus and Cirrocumulus with extremely realistic results including subtle features, details and highly plausible cloud shapes. 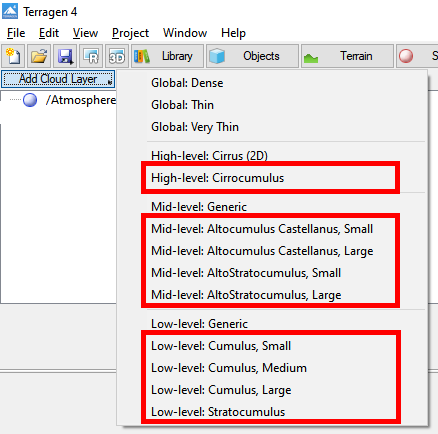 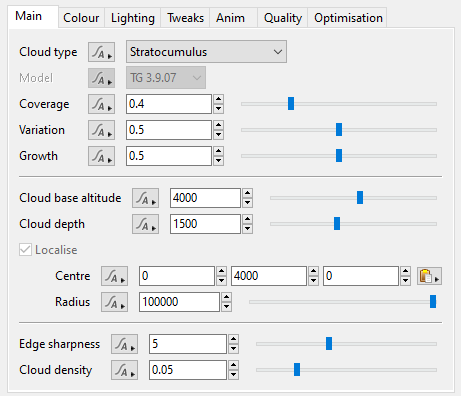 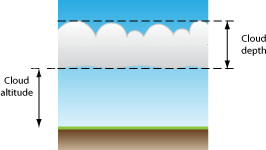 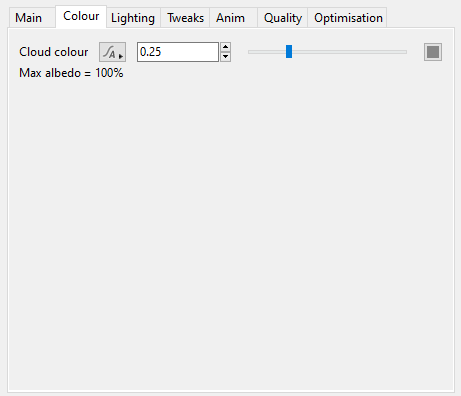 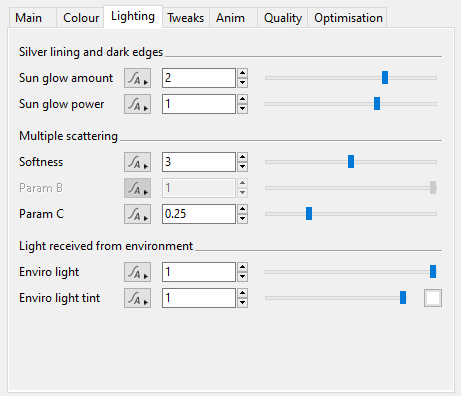 Silver lining and dark edges: The bright outline along the edge of the cloud known as the silver lining occurs when light is scattered by cloud droplets along the cloud's outer edge. This contrast between the change in brightness with respect to the angle of the sun, is most clearly seen when the Easy Clouds are back-lit by the sun. When the "Sun glow amount" and "Sun glow power" settings are set to 0, light is scattered uniformly in all directions decreasing the silver lining phenomenon.

Multiple scattering: Easy Clouds calculate internal light by scattering rays through the voxels using principles from physically based rendering. Terragen’s cloud shader is optimized to approximate hundreds of scatters within the same volume, but can limit the number of bounces between separate cloud layers or surfaces. 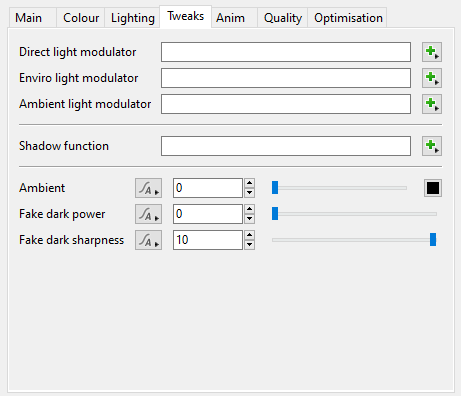 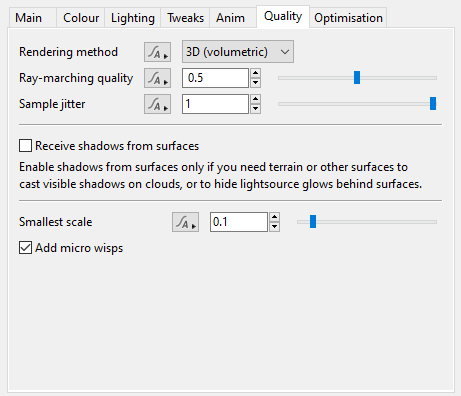 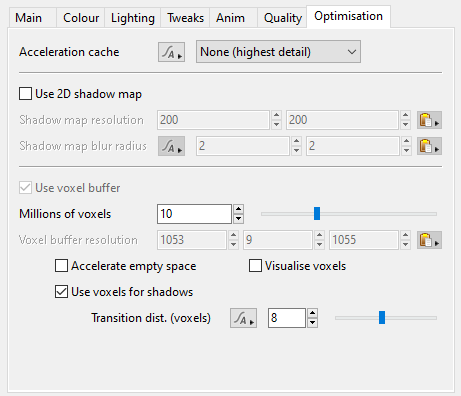