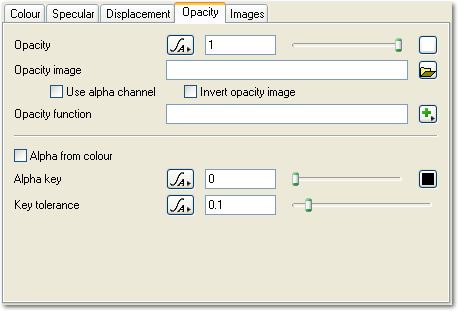 Description:
The Opacity tab has settings which effect the opacity of the shader. It might help to think of opacity as being the opposite of transparency.

Back to: Default Shader