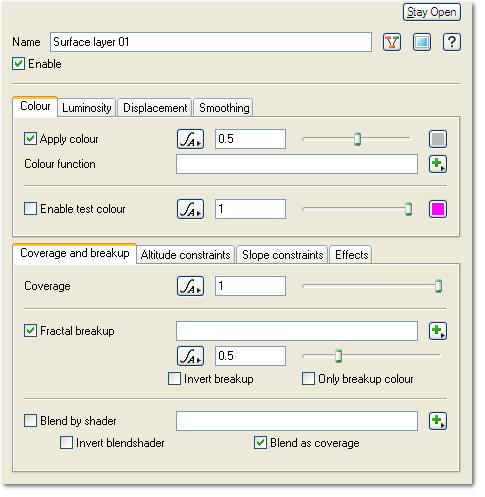 Node Description and Purpose:
The Surface Layer is a very important node. It's the node you would most often use to create surface textures for the terrain. It's one of the more complex nodes in Terragen 2 and has a lot of settings. However these settings are grouped together for the particular aspect of the surface they effect and are quite straightforward.