Difference between revisions of "Shader Array" 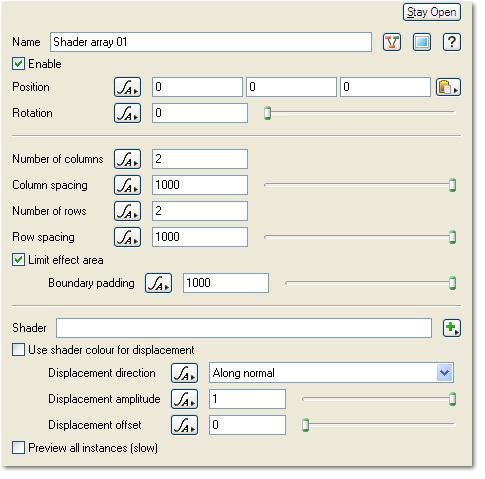 The image below illustrates what rows and columns mean, as well as the overall layout of the shader array. This array has 3 rows and 3 columns. The shaders are represented by the orange dots. 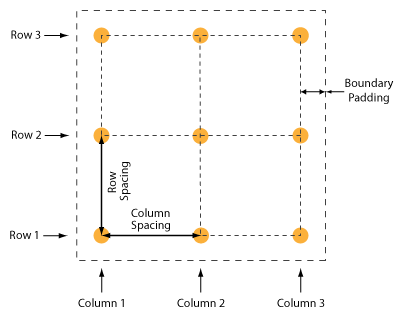 Currently the Shader array is only applied in a straight-up-and-down Plan Y projection.

Performance note: The Shader array can be slow, particularly with a large number of rows and columns. A 10 x 10 array will have 100 items in it. A 100 x 100 array will have 10,000 items. That's a lot of shader calculations. The most efficient shaders to use are ones which cover a limited area like the Simple shape shader or Image map shader. To improve performance you can also use the Limit effect area and Boundary padding settings to restrict the area covered by the Shader array.

This project file shows an example of using a Shader array to create a grid of Simple shape shaders.
Media:Shader_array_example.tgd