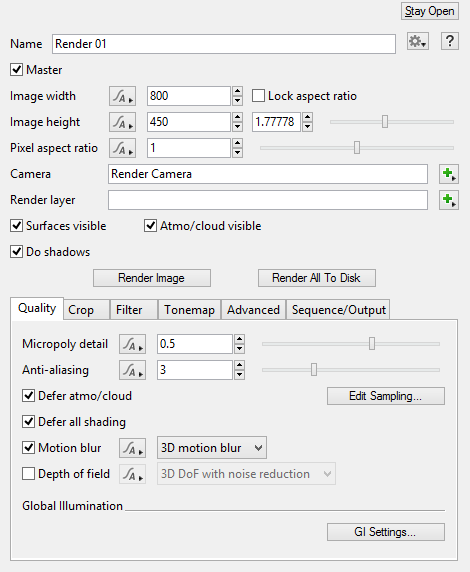 Node Description and Purpose
The Render node contains the settings used to produce final renders and can also be used to start rendering images and animation sequences. The Render node works in concert with the Camera node to create a render of your scene from a specific perspective.