Difference between revisions of "Populator v4" 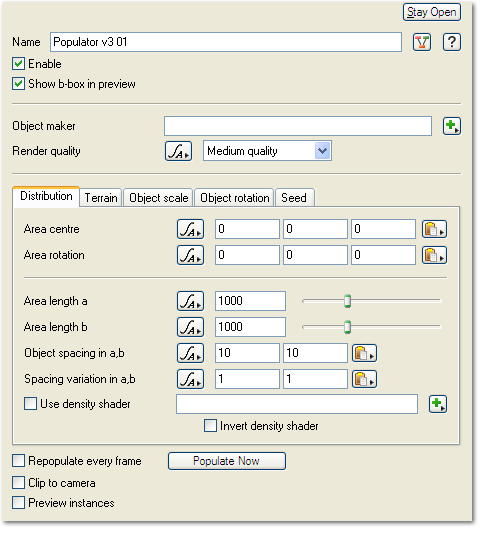 The Populator v4 is new in Terragen 3. It has several important new features:

Another important change is that the Populator v4 no longer allows instances to appear outside the population area.