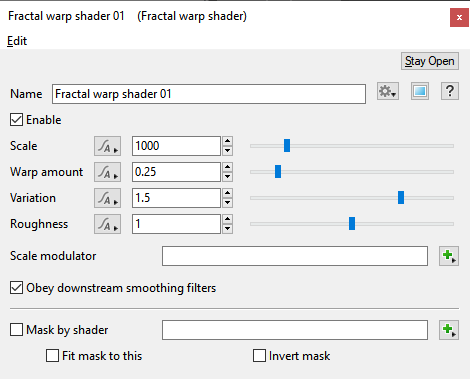 The Fractal warp shader distorts the 2D texture coordinates of the upstream shaders connected to its Main Input. In the example below you can see the effect of modifying the Scale value on the black shape which is approximately 100 kilometers long. Practical examples of this might be to transform a shape defined and displaced by a Simple shape shader into a snaking river that cuts across the terrain, or into a detailed hill or mountain.