Difference between revisions of "Dot Product"

The dot product is even more useful when the two vectors are unit vectors. In that case the dot product is the cosine of the angle between the two vectors. You can also get the cosine of the angles between non-unit vectors using the following formula:
cosine = Dot product( vector 1, vector 2 ) ÷ ( Length( vector 1 ) x Length( vector 2 ) )

To find the actual angle between the vectors in degrees you can do this:
angle in degrees = Radians to degrees( Arccos( cosine ) )

This node has just the one setting, which lets you choose a node for Input 2.

Using the Dot Product node, you can create masks based on a heading or direction. For example, you can create a mask in order to apply snow to a particular side of a mountain, as shown in the following example images. 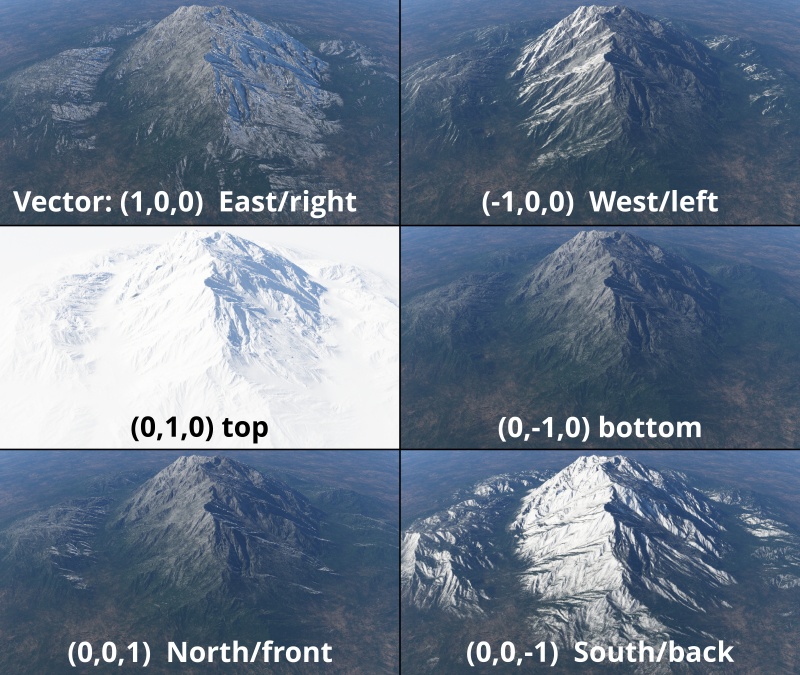 The Get normal in texture node provides the Main Input of the Dot Product node with the normal vector for a given sample point on the terrain. You specify the direction that you want the snow effect to occur by entering values in the XYZ input fields of a Constant vector node which is assigned to the Input 2 parameter of the Dot Product node. For example, a value of 1 in the X axis field would limit the snow to the East, or right side of the mountain. 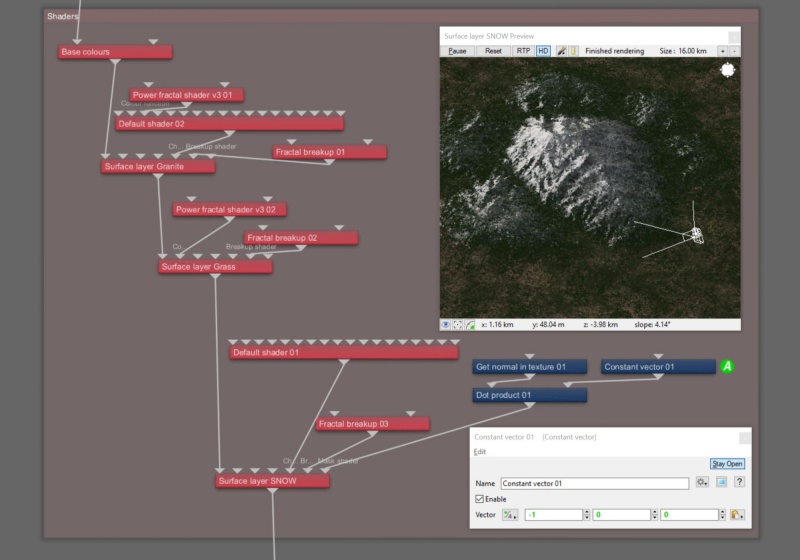 You can further manipulate the mask created by Dot Product node by connecting its output to a Colour Adjust node, then adjusting the Black point and White point parameters. This provides a method for controlling the opacity of the mask.