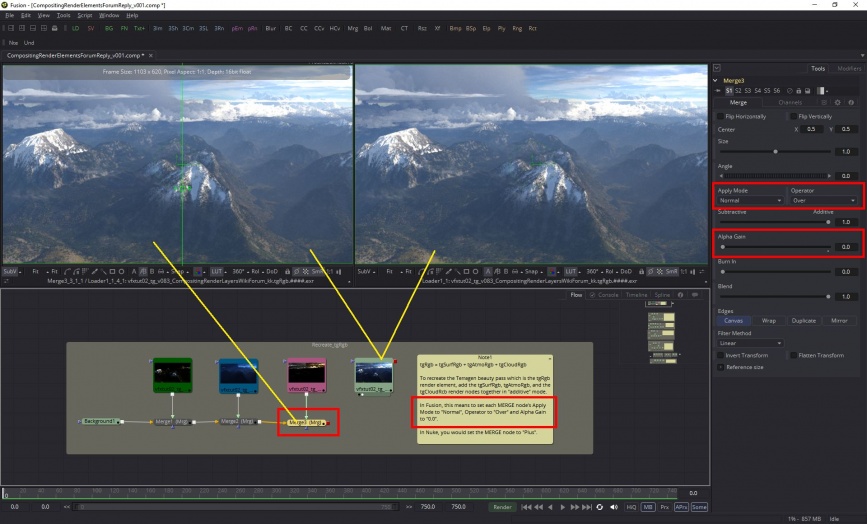 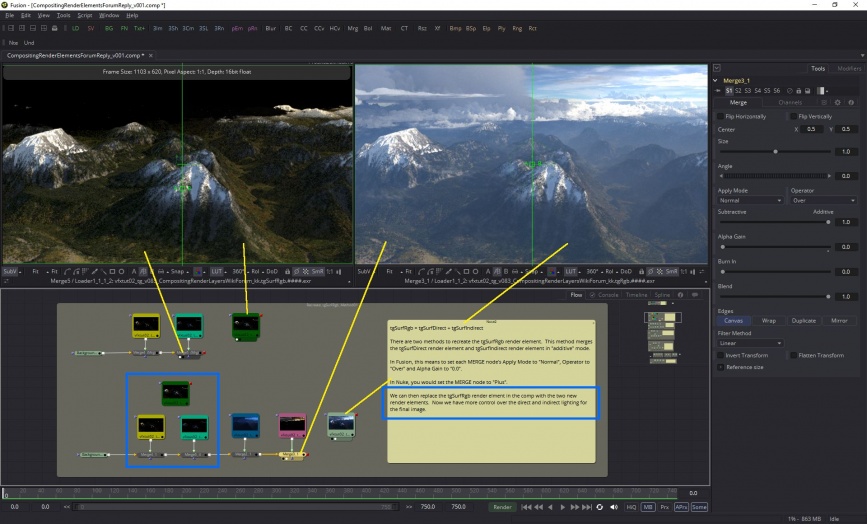 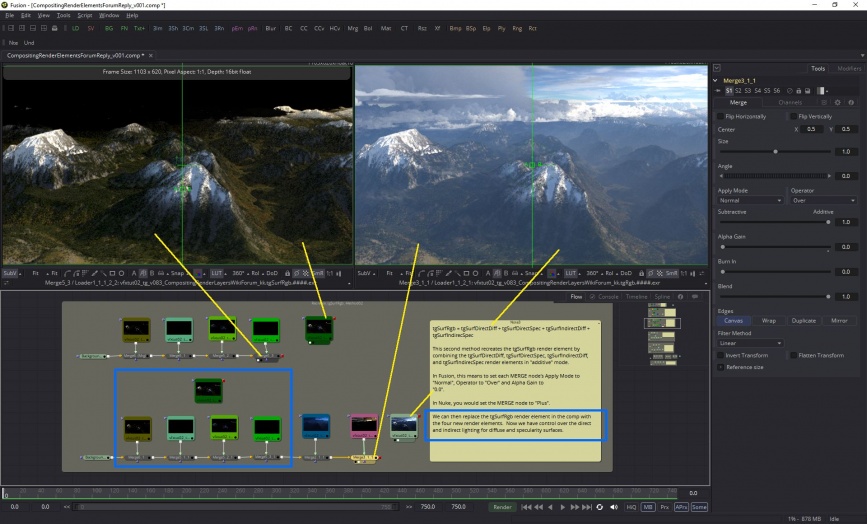 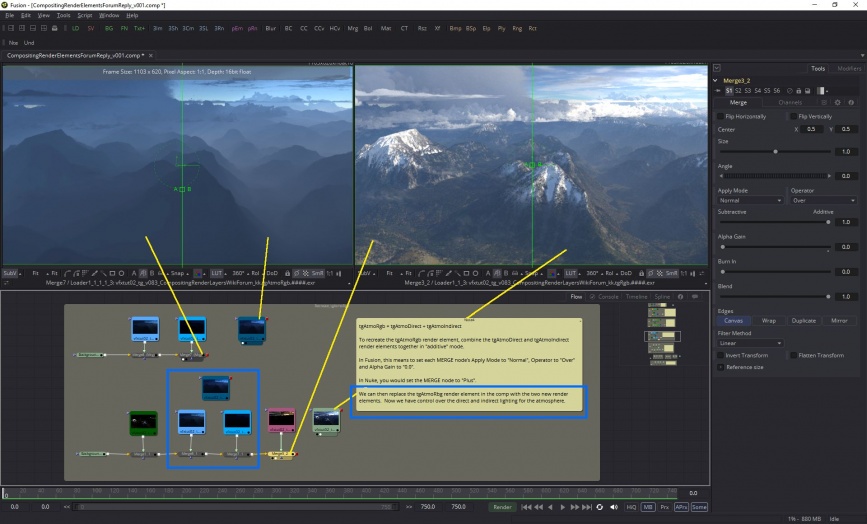 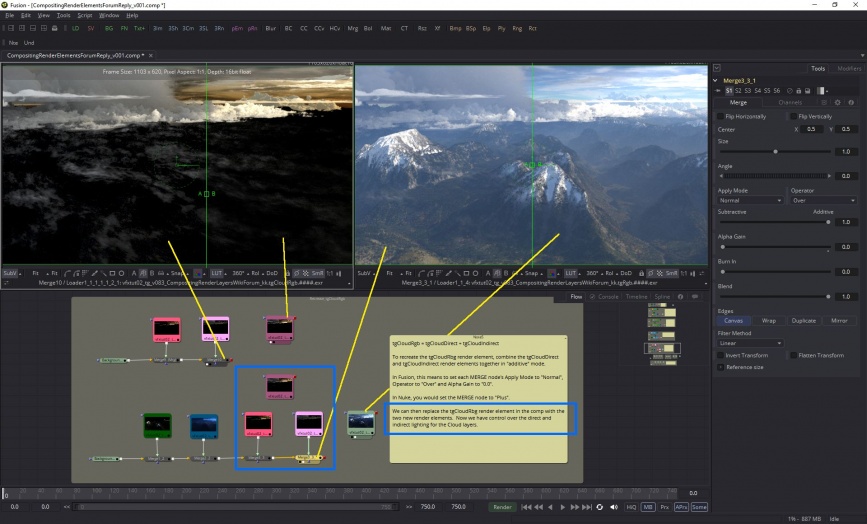 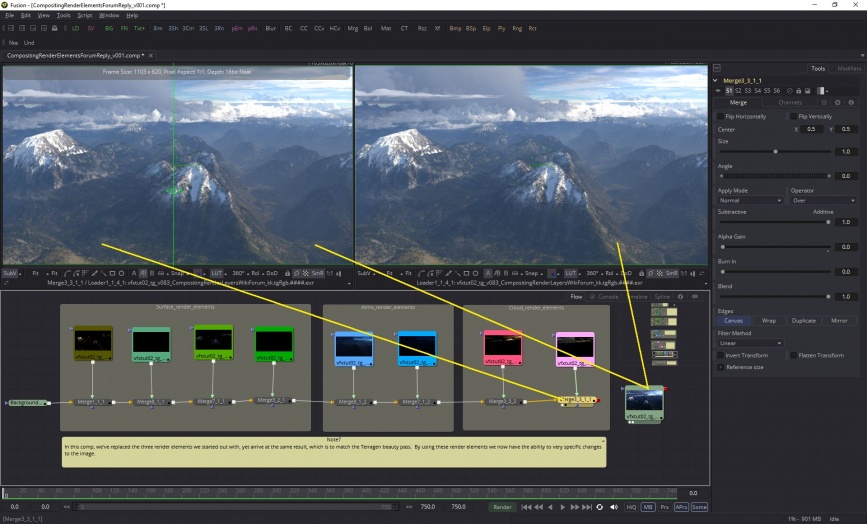 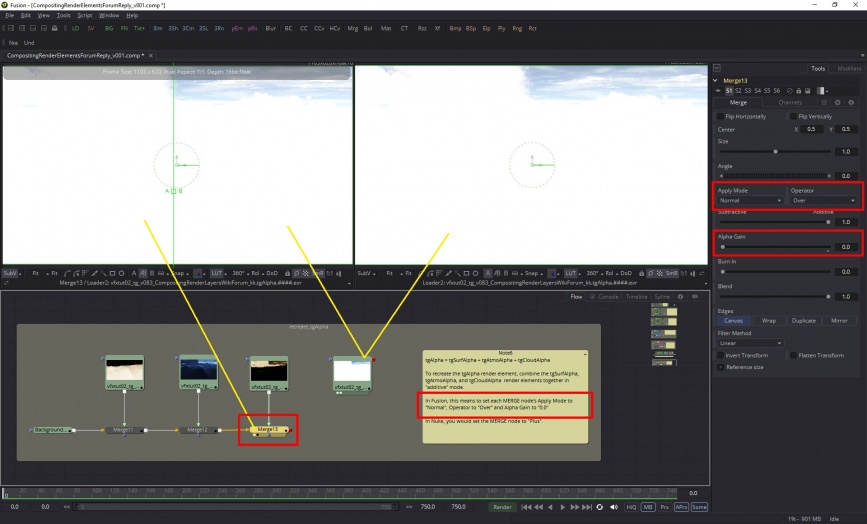 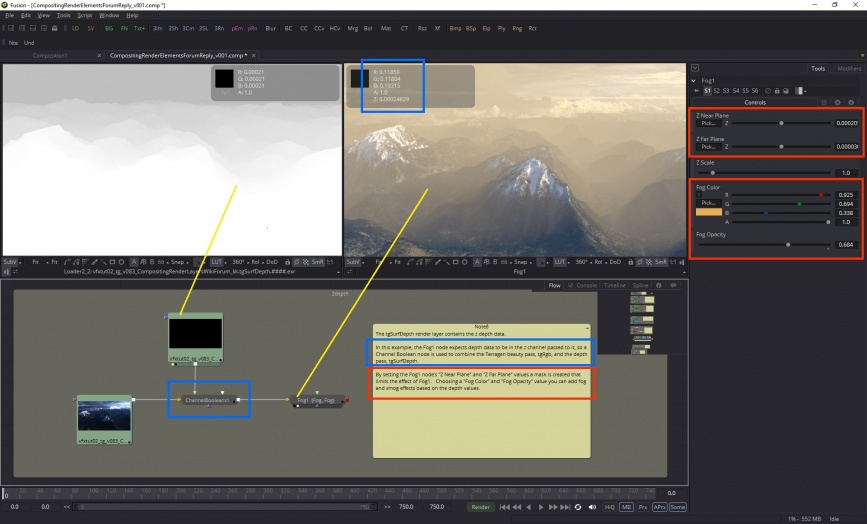 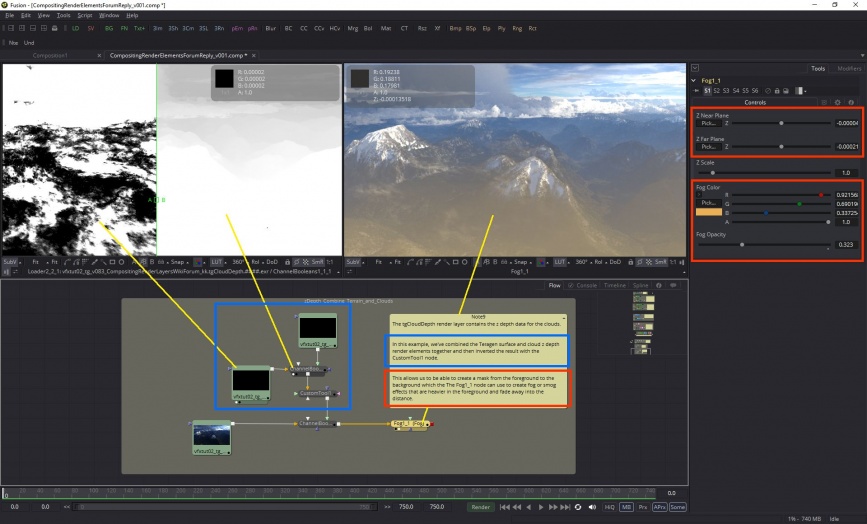 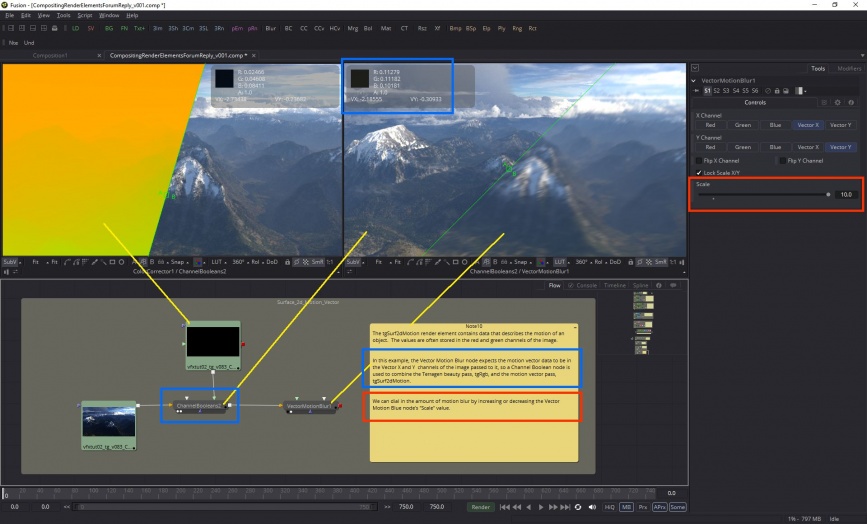 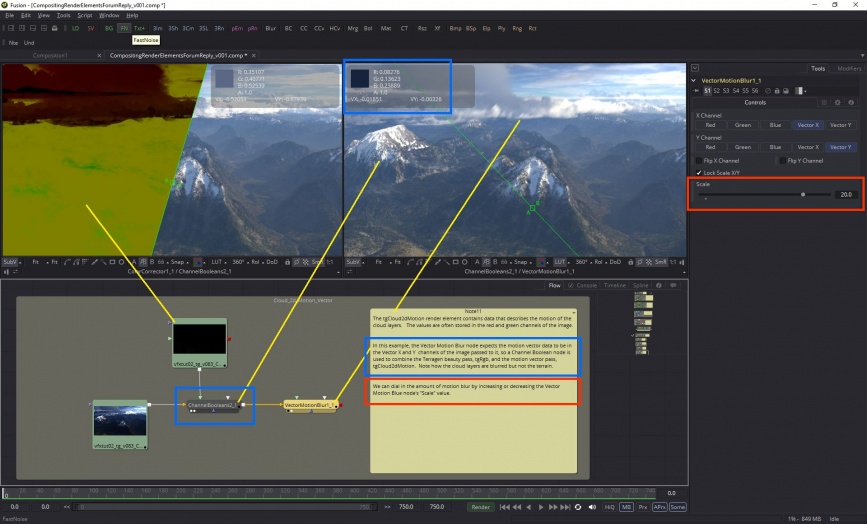 The “tgSurfPos” and “tgCloudPos” render elements contain data that describes the position of a point on a surface or cloud layer respectively, in world space. World position in measured in meters and in Terragen's coordinate space. Sometimes it may be necessary to reverse the Z channel and/or swap Y and Z channels if you need to combine the render element with position passes from other software. 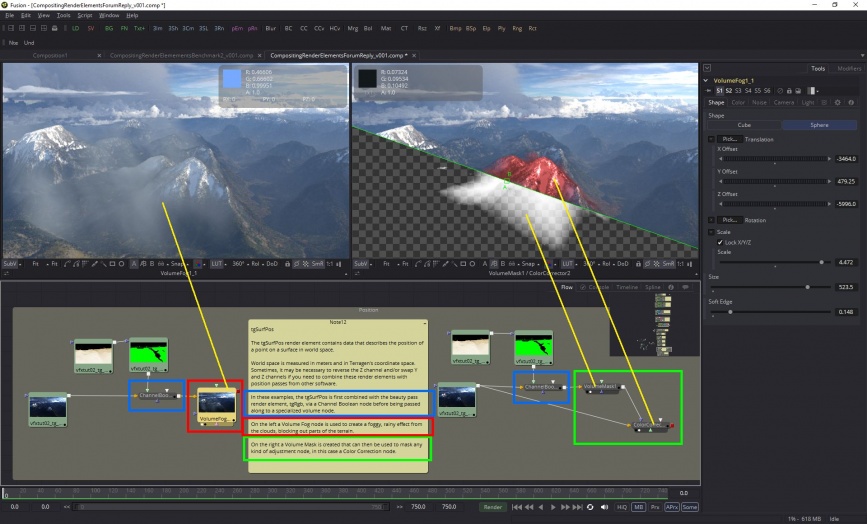 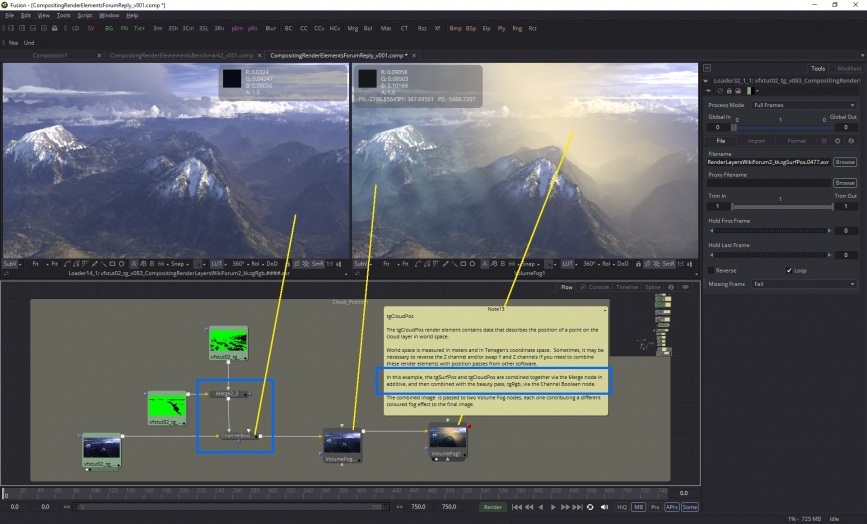