Difference between revisions of "Clamp 0 Colour"

The Clamp 0 family of nodes allow you to clamp, or restrict, the values of the colour or scalar coming into the Input so they are always at least 0. If the value is less than 0 it will become 0. All other values remain unchanged. This is useful for ensuring there are no negative numbers passing through a node network.

The clamping is done component-wise for colours. Here is an example using a colour with the following values:

After clamping the colour will have these values: 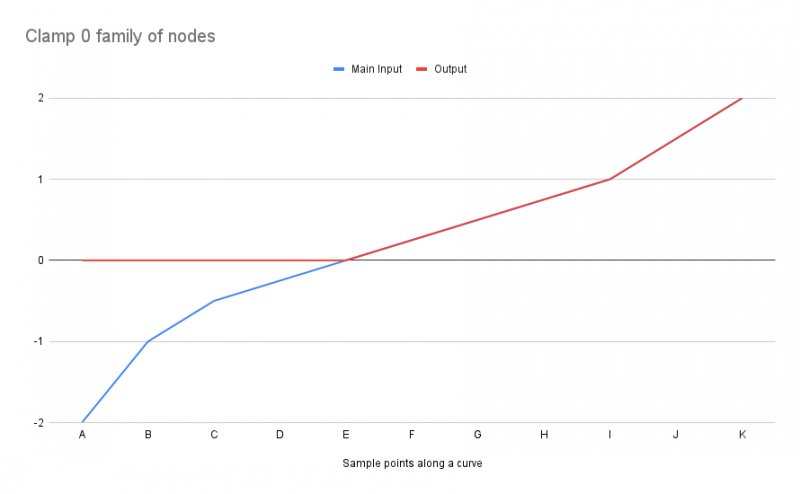