Difference between revisions of "Camera" 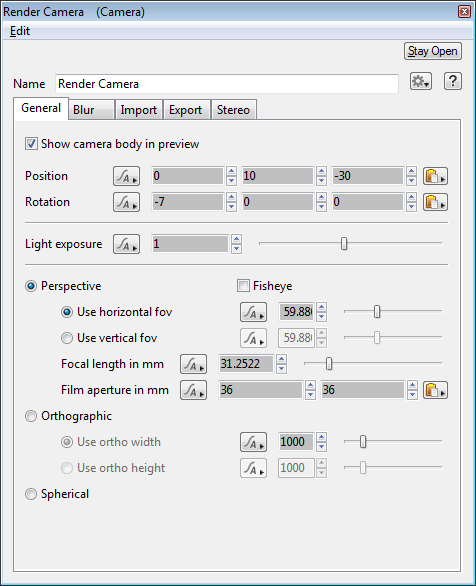 Node Description and Purpose
The Camera node is one of the fundamental nodes in Terragen. The Camera gives you the view into your scene. It's a bit like a real camera - you use it to take a snapshot of the virtual landscape. The Camera node provides several controls similar to real-world physical cameras, including Light Exposure, Position and Rotation, as well as Field Of View, or FOV, which is similar to the "zoom" function of a real camera.

To use a camera for a final render it needs to be connected to the Camera input of the Render node you're using for the render. You can have multiple cameras and you can attach multiple Render nodes to a single camera if you want them to share the same view in the scene, but you can only have 1 Camera node per Render node.